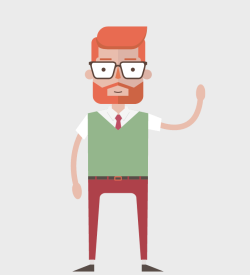 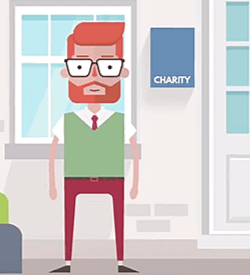 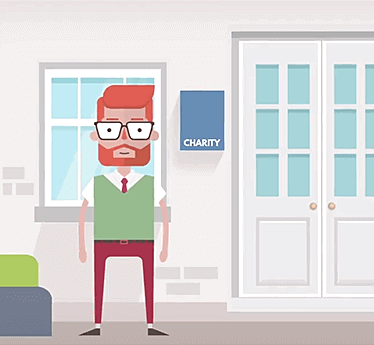 You are here: Home Page / Programs

The world is becoming a global waste dump, dispersed consumerism and inability to manage waste causes European countries not to keep up with the constantly changing restrictions of the European Commission, which alerts that through inappropriate waste management to the oceans (which occupy 70% of our globe) gets 10 million tons of waste. It is like every minute one truck spills its contents into the ocean.

In 2018, as much as 1.04 billion commercial advertisements were produced in the United Kingdom by only seven major retailers. You can not fail to mention that since 2015 the struggle with the production of disposable bags continues, but these quantities decrease slowly. Likewise, attempts to develop commercials already produced have often not provided effective solutions. They incurred huge financial outlays, which did not fully translate into measurable effects.Their attention and focus were on attempts to eliminate supermarket bags (plastic carrier bags) completely forgetting about commercials produced and distributed to households (charity bags) to collect clothing in the so-called door-to-door system.

In the United Kingdom, clothing collections annually generate about 1 billion bags, and only 4% of them are filled with clothing. Such information can be obtained from official sources, unofficially, and considering the number of companies that collect clothing without permits, the number of produced advertisements can be much greater. So far, they have taken no actions to eliminate the whole or even part of the mass production of bags dedicated to clothing collection. Unfortunately, it is possible to state with all confidence we have completely omitted this segment of the market, which significantly contributes to environmental pollution.

WHAT HAPPENS TO 96% OF PRODUCED ADVERTISEMENTS (charity bags)? In part, they end up in garbage dumps, but not in the total amount. A very large percentage of them lands in wild dumps, littering parks, forests, and water. This information is confirmed in scientific articles massively placed in the press.

Analyzing the above, the following questions arise:

The UK can achieve the results of the recycling processes carried out at the level of 96.7%. How can this happen? By introducing solutions and tools in line with the philosophy and assumptions of Waste management in a closed circuit.

A circular economy is a model similar to the one that has been proven in nature since the eras (ecosystem, penetration, evaporation, condensation, seasons). They waste nothing in nature and they connect everything. Exactly the same applies to a circular economy - In the circular economy, the design and production of items is a priority, so that their lifespan is as long as possible. The next step is to make them available on the secondary market. When their condition deteriorates, they renew the items so they can return to the market. If repair is not possible, then things are recycled. In this way, it creates cycles, which reduce waste emissions. The goal is to eliminate them completely.

Entering waste for recycle activates a cycle of positive events that in an unimaginable way improves the quality of life and global condition. A closed-circuit economy is a waste utilization model that can be successfully implemented in any market around the world, because the multiplicity of benefits offered in this model, i.e. from this method of utilization, which can be described as the most effective, compatible with the principles of sustainable development, maximum limiting combustion in the disposal process. Because of all this information, there is an obvious doubt - if the circular economy is so perfect, why is it difficult to find a market that would complement them in a complementary and dynamic way? This is because the right tools are missing. Effective implementation of the Waste Management Plan in a closed circuit, from each European country requires a series of analyzes, adaptation to the situation of a market, assessment of the adaptability of solutions, a lot of time to plan and implement activities that educate the public, if only to segregate properly waste and, if the European Union has allocated billions of subsidies for this purpose, the time is shrinking - the consequences of improper utilization of waste multiply at an enormous pace.

When we worked on the 1step2be project and compiled its outline with the expectations of the European Commission towards Great Britain, we knew 1step2be - must be complementary and focus in the first phase on a single waste. Because of our own business experience, knowledge of the market and the opportunities offered by the raw material we obtained - we decided on textiles, but the project we implemented allows us to adapt it to any chosen waste.

Eliminating 1 billion plastic bags produced for clothing collections is the main goal of 1step2be. Achieving the set goal is possible by implementing our system, which revolutionizes the garbage collection market and makes it transparent and reliable for every user.

All processes take place in the online world, without the need to use charity, and to package donations, users use commercials produced and purchased from retailers. Our partners make sure that the bags in which they have placed the textiles are re-circulated through the use of conscious recycling. Limiting the huge number of bags stored in landfills, landing in the oceans, rivers, and forests.

1step2be will reduce the amount of textile waste, through the implementation of a socially effective way of waste disposal, as one of the main elements of the global environmental policy. We can collect an estimated 1.5 million tons of textile waste, in favor of campaigns conducted on the 1step2be.com portal.

Implementation 1step2be solves the problems of clothing collections not only in issues related to advertising but also in social and charitable aspects.

Transparency at each collection stage will contribute to increased donations of financial resources, restoring social trust and this will contribute to the increase of public involvement in the conscious processes of recycling and charity assistance.


1step2be concept project consciously adopted the role of ‘intermediary’, who precisely defined the needs of the textile waste market and developed effective methods that give the opportunity to fully satisfy them. 1step2be.com combines mutually satisfying websites thanks to the 1step2be.com portal created by us, which is a simple, intuitive and transparent tool that regulates all current issues of clothing collections, playing in this process an additional role of a platform that builds awareness about the need to use textile waste through the education of the public. 1step2be.com opens up the opportunity for an alternative cash collection method to our charity and gives our partners access to an unlimited amount of textile waste, which they can manage as part of the closed circuit economy and corporate social responsibility. 1step2be.com takes part in this process, ensuring the tightness and transparency of the billing of each kilo gained thanks to specially designed tools and processes.